Mastering the art of obstetrics in the field

Karthika Devarajan, a young Canadian obstetrician-gynecologist (Ob-Gyn), works in North York General Hospital in Toronto, Canada. She takes two months off per year to go on six-week missions with MSF. Upon completion of her third mission, she takes stock of her experience:

How many missions have you done for MSF and how do you combine this with your practice in Canada?

I have been to Pakistan, Nigeria and Afghanistan. I have an agreement with the hospital in Toronto to get two months off every year. My practice is then run by somebody else. At first I was afraid of losing patients but surprisingly, they were very understanding about it.

What made you apply for MSF?

A MSF gynecologist gave a presentation at my university during my final year. She was so passionate about what she was doing and the criteria seemed easier to identify with than I thought. They said they were looking for obstetricians, particularly women, who are flexible and who like to travel. I also realized it was possible to go on short missions. I thought the minimum period was nine months, but you can go for a much shorter time. It all seemed manageable.

What is your favorite and least favorite part of MSF fieldwork?

The training aspect and the patient contact is the most enjoyable part of my job. I also learned some crazy tricks! In Nigeria, we would have many cases of post-partum hemorrhage per day. This hardly happens in Canada but if it occurs, we would often use a minimally invasive technique where the radiologist threads a wire through the artery to block the blood flow.

In Nigeria however, we used another quick technique where we would open the abdomen and tie off the arteries to stop the bleeding. I had never done it before, except on a model during an MSF advanced surgical skills course in Dusseldorf, so I was happy there was a more experienced expat Ob-Gyn present in Nigeria to show me how it’s done.

You also do a lot of complicated vaginal deliveries, which would be C-sections in Canada. Sometimes I feel we are so quick to perform C-sections here that we are losing the art of obstetrics.

I was not a fan of the scarf we had to wear in Pakistan and Afghanistan. Another difficulty I had was the confrontation with the lack of women’s rights. You can’t do anything to a woman’s body without asking their husband or a male family member for permission. Sometimes the male family member is a small boy of only 14 years old and you have to convince him to agree to his mum’s surgery. Those things are annoying but the national team helped me understand better. They were great to work with, considering how hard it must be for them to adapt to another expatriate every couple of months.

To be honest, when I was offered my first placement in Timurgara (Pakistan), I had to Google it because I had never heard of it! (laughs) I got scared because I saw all these images of people wearing burkas. Fortunately, the current Head of Mission in Pakistan who is also Canadian called me and reassured me. He talked about the interesting projects and the strict security measures. I decided to go and I had a fantastic time! 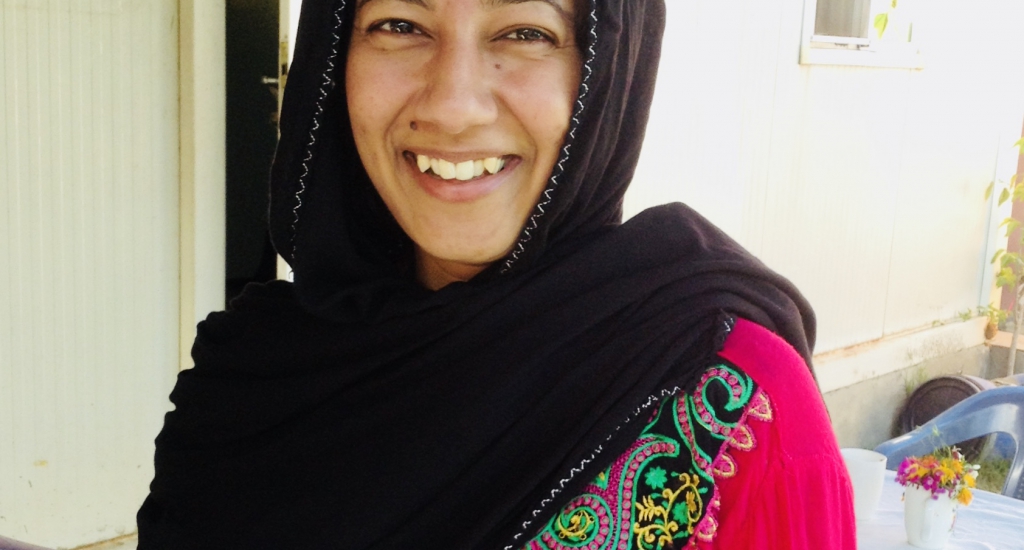 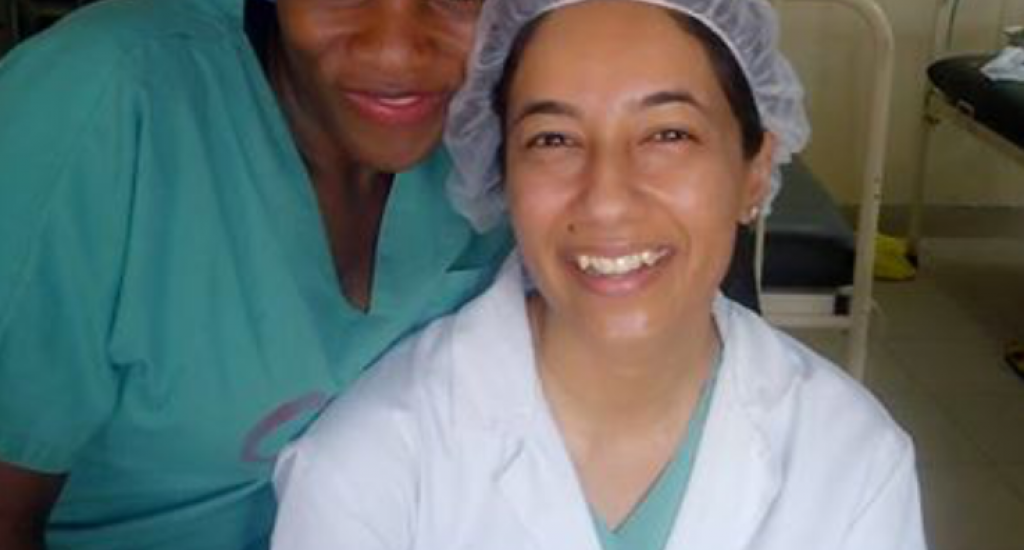 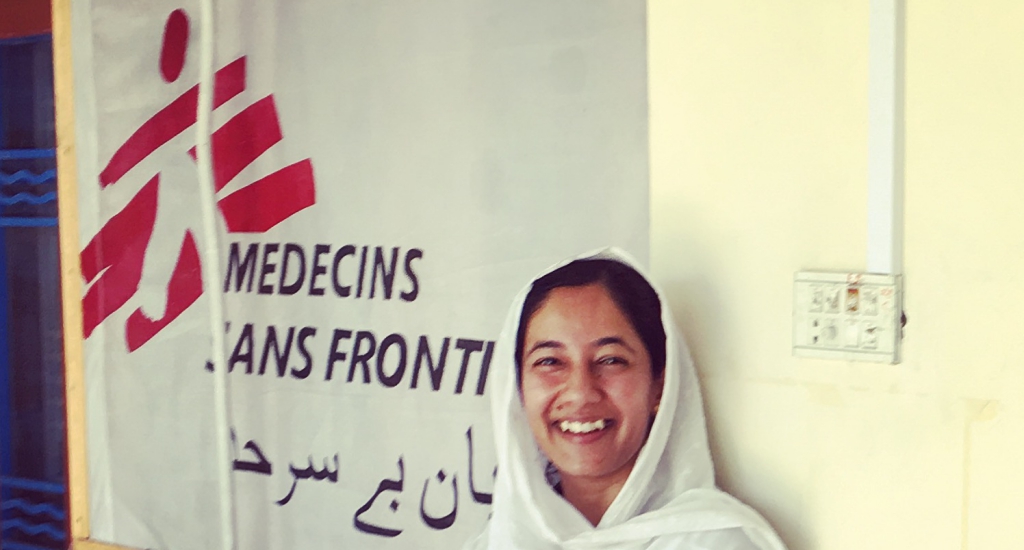 Can you tell us about the training part of the job?

When it comes to obstetrics, a lot of the things you are confronted with are familiar: obstructed labour, post-partum hemorrhage, eclampsia, etc. They are more serious in the field but you still know them. This made it easier for me to teach my national team of obstetricians and midwives more confidently because I knew what to do. My approach would be to always follow the MSF protocols and also to ask them how they would handle the case. I also feel that after this third mission, my training skills have grown and I feel able to do more in a short period of time, which is important because my missions are so short.

Obstetrics in the field

When it comes to obstetrics, a lot of the things you are confronted with are the same as at home: obstructed labour, post-partum hemorrhage, eclampsia, etc.

Can you tell us about a patient you will never forget?

I will never forget a 25-year-old woman in Afghanistan who arrived at the maternity in very bad shape. She was in hemorrhagic shock and bleeding severely. She had a post-partum hemorrhage, meaning her uterus wasn’t contracting after the delivery of her 3rd child. We took her to the operating room to do a hysterectomy where she had a cardiac arrest on the table. The anesthesiologist was somehow able to resuscitate her with CPR and stabilize her.

I feared the worst for her recovery but the next morning she seemed to be doing OK, she was awake and talking normally. In the afternoon she started bleeding heavily again and we decided to ‘pack’ her, to put compresses in to stop the bleeding. This was another trick I learned from my Ob-Gyn colleague in Nigeria. We still weren’t sure if she would make it because she was still so sick even with the compresses in. The expat anesthesiologist stayed with her all night long to watch over her.

Many complications still arose but miraculously, she pulled through. You would not expect somebody in that shape to survive in these basic conditions. She was very strong and wanted to live. I was amazed at what you can do with simple medical equipment and without an intensive care room.

It was a true example of team work: The anesthesiologist who wouldn’t give up on her and kept reanimating her, me and the other surgeon who performed three surgeries on her, the pediatric nurse who helped find the smallest vein in her leg when we were at the point where we couldn’t find any more veins, the midwives who watched over her all night…

It was a true example of team work:

The anesthesiologist who wouldn’t give up on her and kept reanimating her, me and the other surgeon who performed three surgeries on her, the pediatric nurse who helped find the smallest vein in her leg when we were at the point where we couldn’t find any more veins, the midwives who watched over her all night…

How intense are these short missions?

Very! That is why I found the first re-entry back into my life in Canada really difficult. I am sure that everybody who goes away feels that way to some extent. We live in such a decadent culture.

When I had just gotten back, one of my Canadian patients started crying. When I asked her what happened, she explained the person who was designing the nursery had painted it a wrong type of blue. It was hard for me to be sympathetic about something like that when you have seen a great deal of suffering in the field.

What are the qualities that an MSF Ob-Gyn should have?

From a technical point of view, you should be good surgically. You will spend most of your time in the operating room. It is also useful to be good at ultrasounds, vacuums and forceps. When it comes to personal characteristics, you need to be flexible, have a good sense of humor, and to be able to move on without dwelling on former things.

What would you say to an Ob-Gyn who is considering applying for MSF?

My main message would be: it is much more feasible in practice than you think to work for MSF. Secondly, it is so rewarding because I feel I can do so much for the patients. In gynecology, you are mostly dealing with young healthy women.  A simple C-section or hysterectomy can save somebody’s life. Additionally, there is a lot of data showing that if the mother dies, the children who are left behind don’t do very well. So by doing one surgery that saves a mother, you have potentially helped five people.

For me, it feels like I put in little and get so much out of it. I am so grateful because, not only have I learned so much more about obstetrics, I have met so many interesting people. It gives me a whole new degree of happiness in my life.

Back to the profile gynecologist/obstetrician 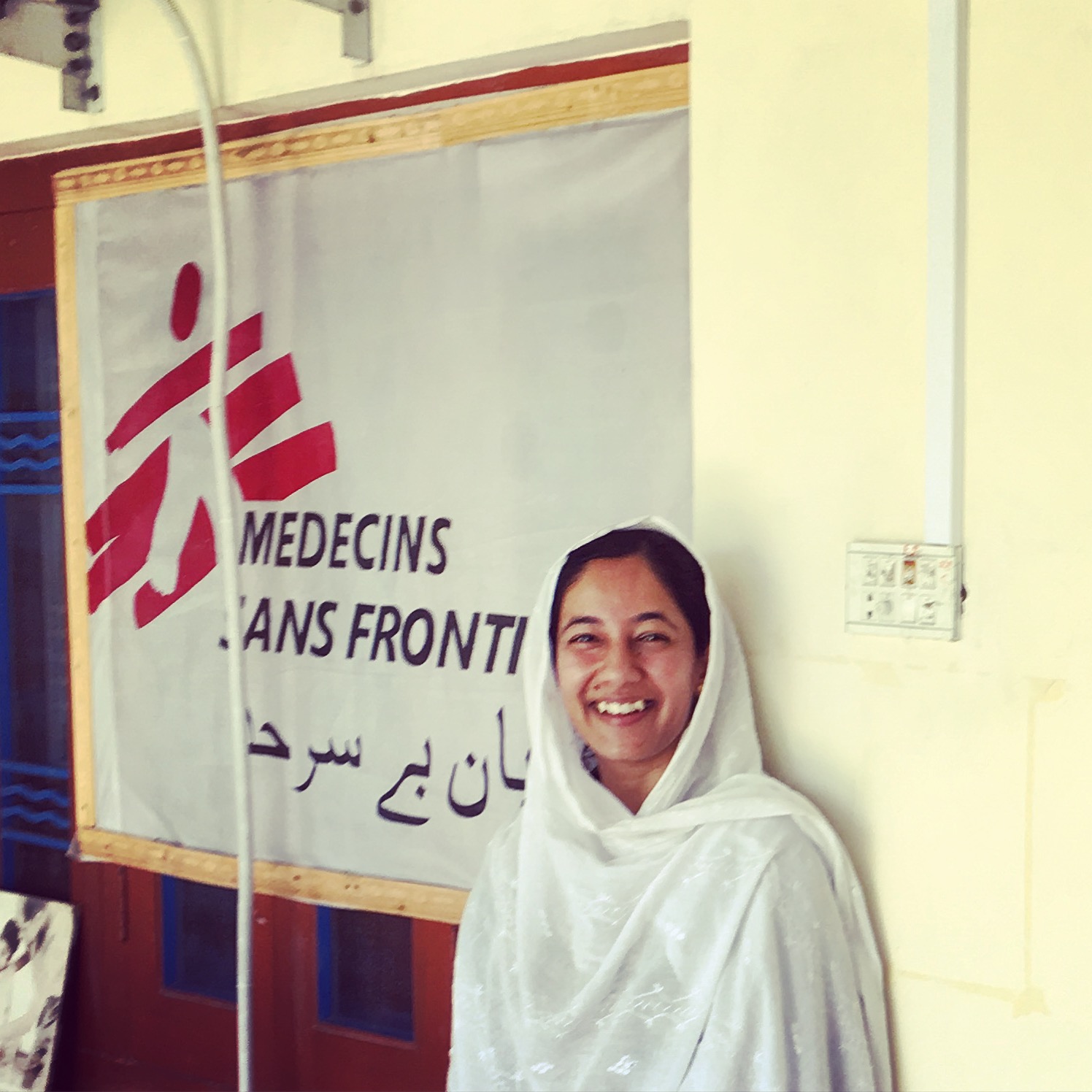